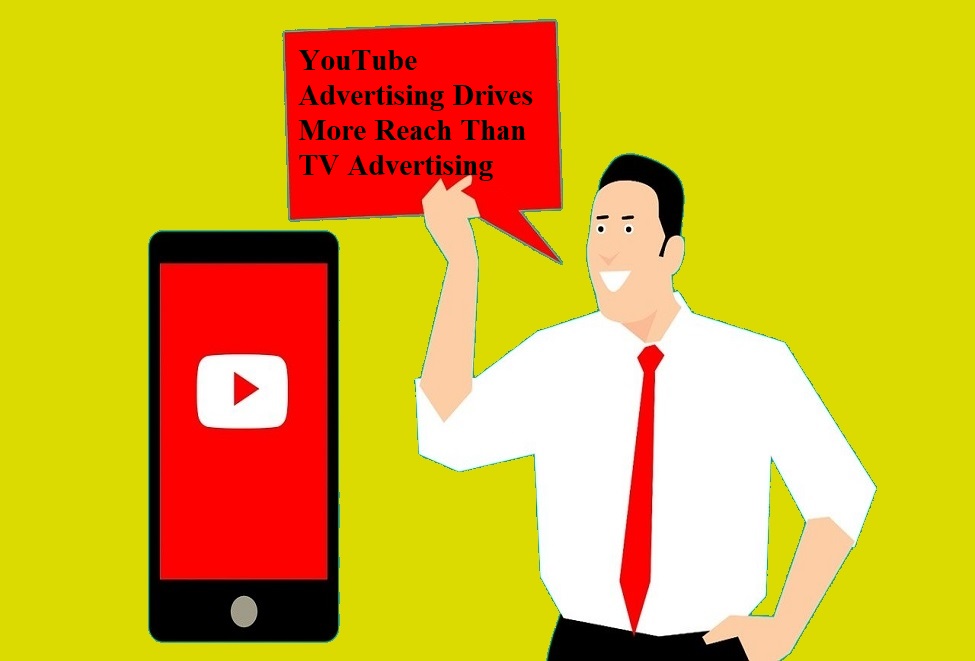 Over the years, the consumption of online videos has increased tremendously. More than two billion users across the globe log in on YouTube every month, watching more than one billion hours of videos per day.

People use a variety of devices to watch YouTube such as smartphones, tablets, desktops, and more recently, TV screens. People are now increasingly using TV screens for watching content on YouTube. The increase in YouTube viewing on TV screens suggests that more and more people are now watching YouTube with their families, in the same manner as they watch traditional TV. YouTube viewing on TV offers a great opportunity to brands and YouTube marketing companies to capitalize on YouTube content.

Even with the increasing use of TV screens for watching YouTube content, some marketers still believe that YouTube advertising cannot surpass traditional TV advertising in terms of reach. Many brands are still spending majority of their advertising budgets on linear TV, allocating only a small part to digital advertising. These brands usually cut out their digital video ads from their long duration TV commercials, thus not using video creatives specifically created for digital environment.

Brands and their partner video advertising companies that do not give the right weightage to digital video advertising miss the opportunity to reach a broader audience. In order to compare the reach of traditional TV advertising and YouTube advertising, Google Japan conducted a TV vs. YouTube comparison study.

The study also revealed that although YouTube ads of fifteen seconds duration were good in driving reach among younger people in the eighteen to thirty-four years old age group, a broader audience was effectively reached when a combination of fifteen- and six seconds ad formats was used. Thus, by using bumper ads in conjunction with fifteen seconds ads, a video ad agency can drive a huge reach.

By using the right mix of TV and YouTube advertising, marketers can drive greater reach and target diverse audiences.

Programmatic sold advertising will reach 725 billion US dollars worldwide by 2026 (source: Statista). Programmatic advertising is at all time time due to its flexible nature and increased ad effectiveness. In addition to this, there has been a rapid rise in connected TV advertising, due to which ...