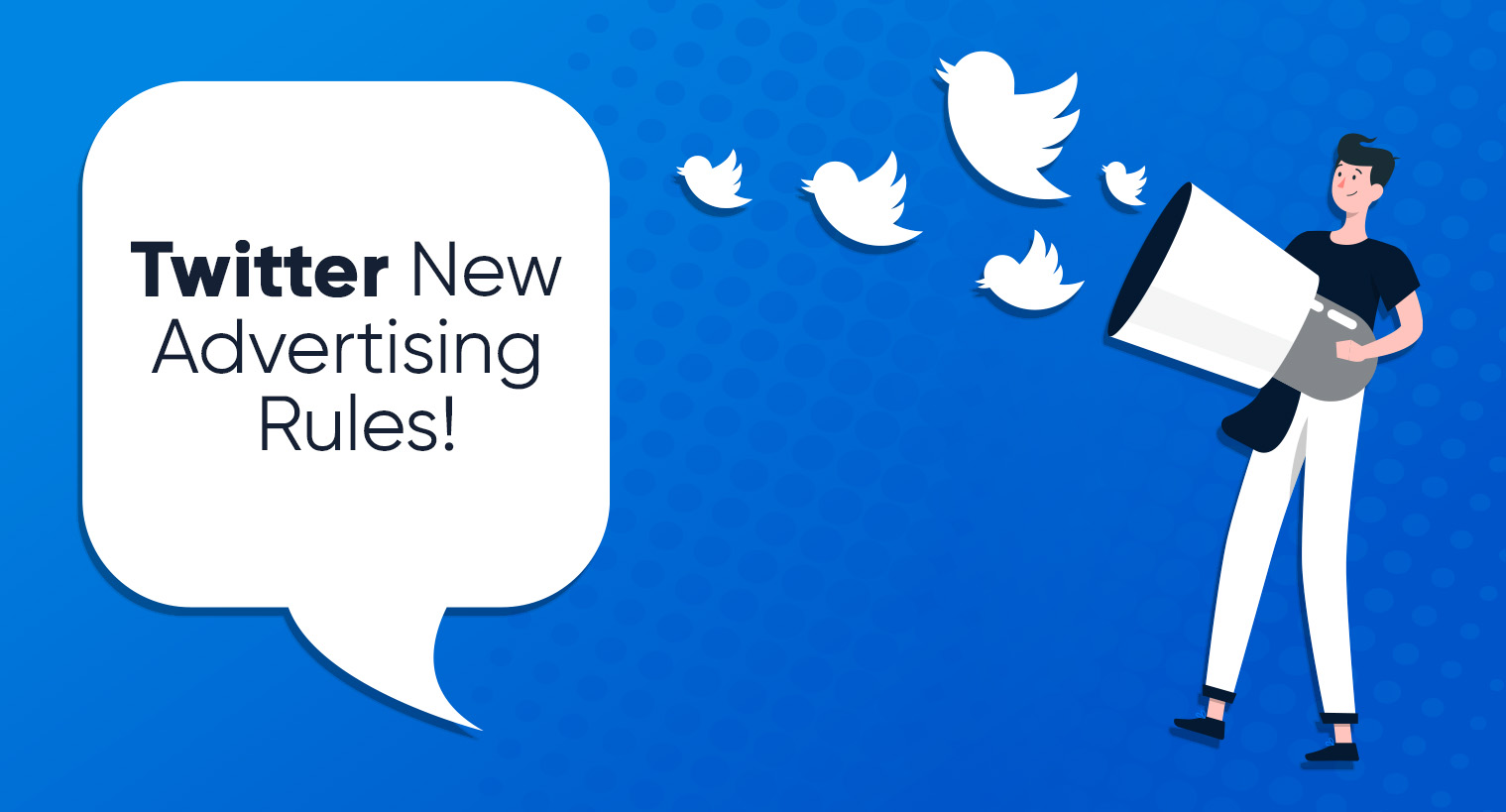 In a world where people are constantly trying to restrict their time on social media, they go to Twitter for the most real-time information and relevant trending topics. The original concept of “trending” was discovered by Twitter through the creation of the hashtag. The hashtags were reintroduced by Twitter as a new social media tool where people could see who else was keen on a particular topic.

But wait, that’s not why Twitter ads are trending today. So, what made Twitter ads a hot topic today? Let’s cut to the chase and find out what’s new with the Twitter ads today.

So, recently Twitter Ads have made some changes and addition to its rules and policies. This might have come as a shock to some marketers but many of them are still unaware of it. So we need to first check out what changes are implied to its ads policies by Twitter:

Twitter’s major purpose is to serve the public conversation. Abuse, violence, harassment, and other similar sorts of behavior demotivate people from expressing themselves and at the end, diminish the value of global conversation. twitter rules are to ensure all users can participate in public conversation safely and freely.

To ensure the safety of its users, Twitter has always been there. The platform offers the safest environment to its users and that’s the reason why it keep updating its policies and rules timely.

We hope this article was helpful to you, but, if you wanna know more about Twitter ads, click here.

The Importance of Brand Safety in Digital Advertising

After the Covid-19, the usage of digital platforms has experienced a major jump. Not letting this opportunity go to waste, brands made good use of it to spread awareness about their products as much as they could.  However, as there are no roses without any thorns, there ...

How does Programmatic Targeting help Improve your Business?

There are several advantages of programmatic targeting due to which it is the first choice of advertisers. However, it is the least understood marketing strategy. Wouldn't it be great if you are able to promote your business to thousands of customers without breaking bank? Well, you can do this ...

How to Use Contextual Targeting in CTV, OTT, and Online Video?

According to an eMarketer report, incremental spending on programmatic connected TV (CTV), and video ads will rise to $2.37 billion in 2021.  This was also confirmed by the IAB's 2021 Marketplace Outlook Survey Results, which revealed a 21% shift in ad expenditures from linear TV to digital ...